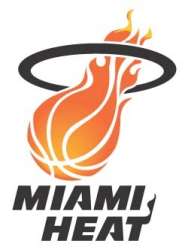 Heat, but below are some quick feelings after the Heat have won their first NBA Championship!

-- It also feels great that almost instantaneously after the win, I received about 10 text messages from friends. I guess I’ve done a good job over the years of branding myself a die-hard Heat Fan. I feel like even some of my Knick fan friends are happy for me.

-- Big up to my boy Steve Pugliese, who has shared the 18 year run with me. We’ve both have had some roller-coaster feelings about the Dolphins over the years – but this had never been the case with the Heat. Since 1988 – we’ve been passionate, loyal fans who have always imagined last night happening. Small props to Colediggy who did attend the first game the Heat ever played in 1988 with me (against Dale Ellis and the Supersonics), but has been a Bulls fan over the years…

-- Big ups to my old man, PG. He has gotten season tickets for every year in some way, shape, or form. (The seats we shared with the Puglieses’ next to the old lady were my favorites… Cinnamon Almonds…Cashews…)

Now for the team:

-- Dwayne Wade is getting TONS of hype after his finals performance and he 100% deserves it. Heat fans have known he’s the man for 3 years – now the whole world is privy to that. As I said in my last post, he is officially my favorite NBA Player of all-time

-- Speaking of Dwayne Wade ….. where the hell has Converse been during these finals????? They FINALLY land a superstar that Nike, Reebok, or Adidas do not and they don’t scream this at the top of their lungs during the Finals? Who is running their marketing department?? (Note: Converse is officially owned by Nike, but operated as a seperate brand.Also, Reebok and Adidas are now the same company)

-- I won’t admit that I was wrong about Antoine Walker – but I have to say that he earned my respect. It will never be pretty to watch him in the game, but the guy played a role on this Championship team and for that I must respect him. Shimey all you want Twon …. You earned it.

-- Alonzo Mourning deserved a ring. A lot of people hate him because of his jumping around from different teams in that short spurt – or maybe because he was a little immature when he first got into the league …. But I’ve always loved Zo’s game. Yes, he has the “survivor” story through his kidney troubles – and he deserves every bit of praise for it…. But that’s not why I love Zo. Again – I love his game. He’s a hustler, a defensive force, a role player – does whatever the coach asks of him and doesn’t complain. Last night, possibly his final game in the NBA was a microcosm of all this. He was awesome and exactly what the Heat needed. He’s a class act (not to forget a Pimp dresser) and I’m above all happy that he has finally won a ring.

-- Dwayne Wade was the clear-cut MVP, but large props must go to James Posey who seemed to always be doing something positive for the team. Props also to Udonis Haslem who made All-NBA Dirk look like a Dirk who wouldn’t have made the All-Star team.

To sum up, being a loyal fan for so long, I definitely feel like I’ve won the Championship too. No, I’m not one of those psycho people who actually think they’ve won the ring too – but it just feels grea!. To me, it just proves that if you stick with something and you are loyal with it – that it is rewarded over time….. LET’S GO HEAT! (or should I say CHAMPS)!

Ohh baby, it feels so gooooooood! We can now say World Champs everytime we say the word Heat....Its been a long time coming brotha, I shimeyed all the way to work today, and then when i got in my building I did the Shaq run/walk through the lobby and then did the Mourning floor spaz on my desk for all to see. Big ups to us for staying true all these years! Tell P.G. "WE DID IT!" for me...holla